The Difference between Felonies and Misdemeanors 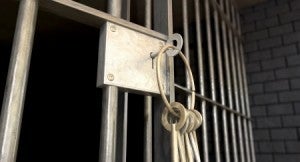 How can a layperson tell the difference between a felony and a misdemeanor? To begin with, the terms “felony” and “misdemeanor” are characterizations of the seriousness of a crime. All states label crimes by their level of seriousness, and felonies and misdemeanors are the two main categories.

Generally, one can say that the amount of jail time a criminal could face is the main difference between a felony and misdemeanor. But there are other factors that differentiate the two categories of criminal acts and it's important that we all have an overview of both.

Depending upon the state, certain crimes may be felonies, while in other states they are considered misdemeanors.  Marijuana possession is one of these crimes that may differ in seriousness from state to state.

Thank you for contacting us. We will get back to you shortly.

Please complete all required fields below.

Being arrested for drunk driving (OWI) or any criminal offense can be very scary; but bouncing back better than ever starts with finding the right attorney - a lawyer who understands you and the charge you're facing. Having handled countless cases across Michigan has earned me the reputation, expertise, and understanding to navigate your case the right way. As as solo practitioner, your case is my top priority. It will remain my top priority as I work every angle to accomplish our mutual goals of keeping your record clean, avoiding jail, and maintaining your driving privileges. Work and family are top priorities; everything I do for you is an extension of the many responsibilities you have and the people who rely on you. Call today for the peace of mind of consulting a legal expert best suited to keeping your life moving in the right direction.